Home » Relationships » Pluto Contacts in Synastry: Who Has the Power?

Pluto inter-aspects in synastry (one person’s Pluto aspecting another’s planet) can be some of the most intense contacts around. You would think the Pluto person would always have the upper hand, as the other person is overwhelmed, magnetized or helpless in the face of Pluto’s dark draw. Sometimes this happens, but other times what occurs is much more complicated.

Pluto (the ruler of Scorpio) is about penetrating to the core of something to understand it. It’s an expression of personal power via exploration of “the target,” as the Pluto person ultimately seeks to understand themselves. There’s often a thread of manipulation running through these contacts, as the Pluto person does whatever they can to achieve complete intimacy with another.

But Pluto’s power can turn around and bite the person who wields it. Pluto/Scorpio represents the Shadow: the fears/compulsions/obsessions that no one wants to deal with. We all have a Shadow, but for people with strong Pluto/Scorpio in their charts, it’s imperative that they confront it (because it’s dominant).

How they manage this power in their life will decide how they handle synastry contacts to their Pluto. They can embrace it as a vehicle for personal evolution, or they can use it to manipulate and fixate on people/situations. Note that a strong Pluto/Scorpio natal signature involves one or more of the following: personal planets (Sun, Moon, Mercury, Venus, Mars) in Scorpio, Pluto aspecting a personal planet, Pluto on the angles, Scorpio on the angles, or personal planets in the 8th House.

Chris’s Pluto conjuncts Roshni’s Venus. He has a Scorpio-heavy chart, and as he and Roshni become lovers, he becomes passionately obsessed with her. How she expresses her love and female energy (Venus) activates Chris’ desire to “own” this side of her. He doesn’t just gaze into her eyes, he stares right through her. He doesn’t simply want to be with her, he HAS to be with her. It gets to the point that he must know where she is (and who she’s with) at all times.

Everything else in his life becomes secondary to this relationship. Roshni is entranced, but also a little freaked out, by his intensity. She feels helplessly attracted to him, but finds herself pulling back at the same time. Chris is so invasive and demanding; she can’t breath.

Not all Pluto/Venus contacts will shake out this way. I’ve described an extreme version, but the point is this: Chris is just as overwhelmed (as Roshni) by the energy. He’s a slave to his obsession, and this is key. If the Pluto person has not become intimate with their power (if they haven’t confronted their Shadow) they’ll get jerked around by Pluto when they try to become intimate with someone else. Chris’ Shadow issue (fear of love being taken away) is controlling him through this relationship.

If Chris had confronted, explored and come to terms with his Shadow, his relationship with Roshni might have unfolded differently. His passionate intensity would still have been there, but it would have added depth to their union, rather than anxiety-driven stalker behavior. Their intimacy would have been profound and fearless, rather than strangling and fear-based.

Sometimes, the dark promise of a Pluto contact doesn’t fully materialize. Jamal’s Pluto hits Betty’s Moon (her core needs) with a hard square. The astrological “cookbook” definition might say something about Jamal pushing right through to Betty’s center. Once he has his hooks into her intimate security needs, he can make her dance to his tune. And Betty might feel violated, compelled, attracted, or a combination of all three. What actually happens is this: Jamal finds Betty mildly intriguing, but nothing more. Betty feels uncomfortable around Jamal (Pluto square Moon can feel threatening to the Moon person), but she can’t point to anything that he does, specifically. Jamal senses that she’s uncomfortable, but doesn’t care enough to figure out why.

What gives? If we look at Jamal’s chart, we see planets in Gemini, Aries, Libra and Virgo. The only contact his natal Pluto makes to any of his planets is a weak sextile to Saturn. Pluto is simply not a dominant force in his chart, so even if it’s activated in synastry, he’s not going to feel the full-throttle intensity. The inner planet person (Betty) still responds to Pluto’s energy, but it’s a one-way response. The question of who has the power becomes a moot point.

When analyzing Pluto contacts in synastry, who dominates is not always clear cut. While the Pluto person often holds most of the cards, the prominence of Pluto/Scorpio energy in their chart (and how they manage it) will decide how the synastry contact unfolds. 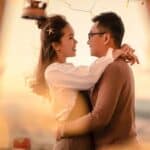 Venus Square Sun synastry is an astrological aspect that occurs when two individuals’ Venus and Sun placements are in a 90-degree angle in their birth charts. In synastry, the Venus square Sun aspect can indicate a challenging dynamic in a romantic or interpersonal relationship. This aspect can create tension and conflict between the individual’s desires […] 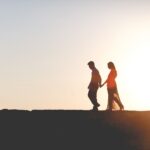 The Saturn trine Sun synastry aspect is a celestial alignment that occurs when Saturn and the Sun are approximately 120 degrees apart. In astrology, this aspect usually represents a positive connection between the planet of discipline and structure (Saturn) and the planet of identity and personal power (the Sun). The Saturn trine Sun aspect can […] 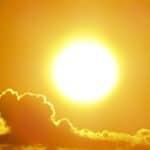 The Saturn sextile Sun aspect is a celestial alignment that occurs when Saturn and the Sun are approximately 60 degrees apart. In astrology, this aspect represents a harmonious connection between the planet of discipline and structure (Saturn) and the planet of identity and personal power (the Sun). The Saturn sextile Sun aspect is considered a […]