You are here: Home / Asteroids / Defining Juno, the “marriage asteroid” 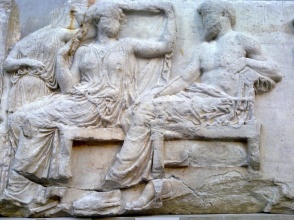 “Defining Juno” is the first of a five-part series by Julie Demboski on Juno, the “marriage asteroid.”

Don’t know where Juno is in your chart? Find out how to get it for free.

Juno needs your attention. She wants to show you the way to personal empowerment; she also wants to show you particular weaknesses in partnership. As one of the four main asteroids (the others being Pallas, Ceres, and Vesta), Juno has become an integral part of the natal chart, and we need to understand her, since she has been popularly characterized as “The Marriage Asteroid,” a designation that is only sometimes appropriate or desirable. You’ll soon see why.

With the asteroids, one must start interpretation with whatever the name is based on, in this case the Roman version of the Greek goddess Hera (and there is an asteroid Hera, so in defining Juno, we look to Roman sources and stories). That said, we’ll be using the Greek name for her partner and spouse (Zeus), rather than the Roman one (Jupiter), to avoid confusion with the planet.

Our story begins with the marriage of Juno and Zeus; this was a mating and partnership of equals, and as such they enjoyed a three-hundred-year honeymoon of perfect accord, perfect bliss. A honeymoon occurs when two people begin to accommodate, know about, even mold to each other in a very intimate way, and this is possible because they are alone together. By its very definition, a honeymoon occurs outside the world the couple will occupy every day; in this sense, it’s entirely artificial, and this says something about Juno in relationship: perfection can only occur when the relationship is in an unreal state. This is part of why many believe it is a marriage indicator: we find a “perfect relationship,” find solid Juno contacts, let’s get the license! Hold on — once the honeymoon’s over, reality sets in, and with Juno, it ain’t pretty. 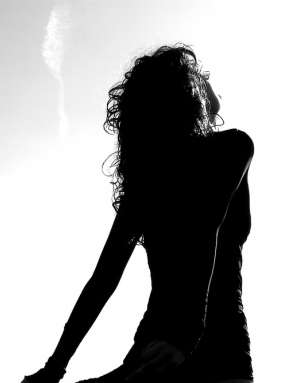 Though the marriage of Juno and Zeus is one of absolute equals on a personal level, it occurs within a patriarchal society, one very similar to our own; even Juno, queen of Olympus and all other gods, is subject to the supreme god, her husband Zeus. The societal expectation is that, even within a bonding and partnership of “equals,” the one with the male genitalia is superior. So, when this pair takes their place within the social order, Juno is immediately “less” — and it’s all downhill from here, for two reasons.

One is that Zeus embraces his assumed superiority, and indulges his appetites without restraint; thus he signals to Juno in no uncertain terms that he has respect for neither her nor their marriage vows.

The second is that Juno does not sit idly by and take it; she strives in all her decisions and responses to empower herself (with varying levels of success). She represents the ability of every female to be in charge of her own life, and this is largely what she symbolizes in the female chart (and this is regardless of sexual orientation). Juno shows a woman the energy that she can wield with ultimate authority. However, Juno isn’t empowered within a vacuum, and this is part of her weakness. She can only measure her own state of empowerment through interaction, though she expresses empowerment from the inside out, through her own attitude. (If we’re seeking a sense of pure power and its expression by the individual, we look to more traditional indicators such as the Sun, Saturn, and Pluto, which may be affected by others, but are not dependent on the individual in relation to them.)

There’s another facet to Juno’s power, and that is the clout she gets via her relationship; she wouldn’t be a queen if not for her marriage to a king. It’s why Juno stays in a marriage in which she is openly disrespected through her husband’s repeated infidelities. We must always be aware that Juno’s empowerment comes with interaction, within society; status matters to Juno, because she can derive personal power from it.

In the male chart, Juno suggests what the individual finds “wifely” and/or appropriate for partnership of any kind. It applies as an indicator of the health and status of the internal anima. And there is a particular phenomenon wherein a man may psychically appropriate the female Juno energy of empowerment; it plays out one of two ways, as a male who completely loves and appreciates women (and so is highly attractive to them), or as someone who sees himself as the end all and be all, with an almost Zeus-ian idea of rights and privilege and no recognition that others may hold energies complementary to his own. (Please see my articles Juno: of Dandies and Dictators and Desperate for Power: Aspects of Rod Blagojevich for examples of this commandeering function in action.)

Julie Demboski has been an astrologer for 20+ years and currently resides in Seattle, Washington. View her services, her blog, and her books, Chiron in the Natal Chart and The Astrology of Intimate Relationship, available through Dog & Sunflower Press. Contact Julie at: juliedemboski@hotmail.com

Next in the series: Juno by sign: What’s your power style?

Photo of Zeus and Hera on the Parthenon by bram_souffreau; photo of woman by cambiodefractal under CC License